The Many Benefits of Meditation for Older Adults

Doctors often prescribe the practice for better health and wellness, even later in life.

You can start a meditation program at any time, even without a doctor’s OK.(WESTEND61/GETTY IMAGES)

WHEN DR. STEPHANIE Cheng conducts health exams with older adult patients, she often goes beyond reviewing their medications and determining treatment plans. Cheng incorporates meditation exercises into the visits. “If I notice they are overwhelmed or have emotional distress, I may do a brief meditation exercise with them, just so they can be exposed to it as a tool to feel a greater sense of well-being,” says Cheng, a palliative care physician in the division of geriatrics at the University of California—San Francisco.

Meditation is a way to calm the mind and body. It requires that you sit or lie down, relax and pay little attention to thoughts as they drift in an out of your mind. “It can be viewed as an antidote to the fight-or-flight response,” Cheng says. “When you meditate, in general, the breath slows down, heart rate slows, blood pressure decreases, stress decreases, digestive function improves and the sense of tension in the body decreases.”

The practice comes in many forms:
Another type of meditation is a little different. Mind-body exercises (such as tai chi, qigong or yoga) combine focused breathing with either slow physical movements or static poses. The techniques have a meditative quality.

Meditation is associated with many psychological and physical benefits. “In general, it’s been shown to decrease blood pressure and inflammation. And there’s some data around improving coronary artery disease outcomes and helping with post-traumatic stress disorder, chronic painand headaches,” Cheng says.

Meditation is also associated with reductions in irritable bowel symptoms, depression, anxiety and insomnia, according to the National Center for Complementary and Integrative Health.

Several areas of research appear to be especially encouraging for older adults:

Cheng has noticed that some of her patients who meditate are able to reduce medications (such as antihypertensives and antidepressants) as their blood pressure, stress and depressiondecrease. She also observes that they experience greater well-being, increased peace and quality of life. “One thing I see commonly is people noticing the blessings and abundance in their lives. It increases gratitude for what they have,” she says.

“It can be transformative,” Smoski agrees. “I’ve seen meditation help people feel more grounded as they’re going through difficult situations. It improves their sense of resiliency.”

You can start a meditation program at any time, even without a doctor’s OK. You’ll find free meditation podcasts on the internet. Smoski recommends turning to academic mindfulness centers for those, like the UCLA Mindful Awareness Research Center.

If you’d like to try a meditation class geared toward older adults, look to local senior centers, hospitals, private studios and retirement facilities.

But you don’t have to limit yourself to a class that’s age-appropriate. Lengenfelder points out that you can adapt any kind of meditation to work with your physical and cognitive limits. For example:

Something else to consider: Determine whether the meditation practice suits your needs. “For example, if you’re having trouble sleeping, we might recommend a practice that is a nice way to wind down, like a body scan,” Smoski says. A body scan can be done in bed, it’s easy to do and it helps release tension, which may help you relax and fall asleep.

And some of the best parts about meditation: It’s pill-free, you can do it anywhere and it works fast. “We don’t know how long it takes to feel better; some people report improvements even after one meditation session. It enhances their mood and increases their energy,” Lengenfelder says. “The more frequently you meditate, the more benefits you can experience.”

“It’s so accessible,” Cheng says. “There are so many forms of meditation that everyone can find what resonates with them and weave it into their daily lives. I’m sure the trend will continue.”

Just a reminder that we will be meeting for our All Member General Meeting tomorrow Tuesday, 17 July from 8:30-10 a.m. here at St. Jude Community Services Building.  Many things to discuss, including beginning to look at ways to meet the unmet ‘Loneliness’ need that our recent survey indicates that we need to address.  The new Senior Resource Guide is out and ready for you to pick up and distribute to your clients and patients, and there are updates on current legislation impacting older adults that you’ll want to become familiar with too. 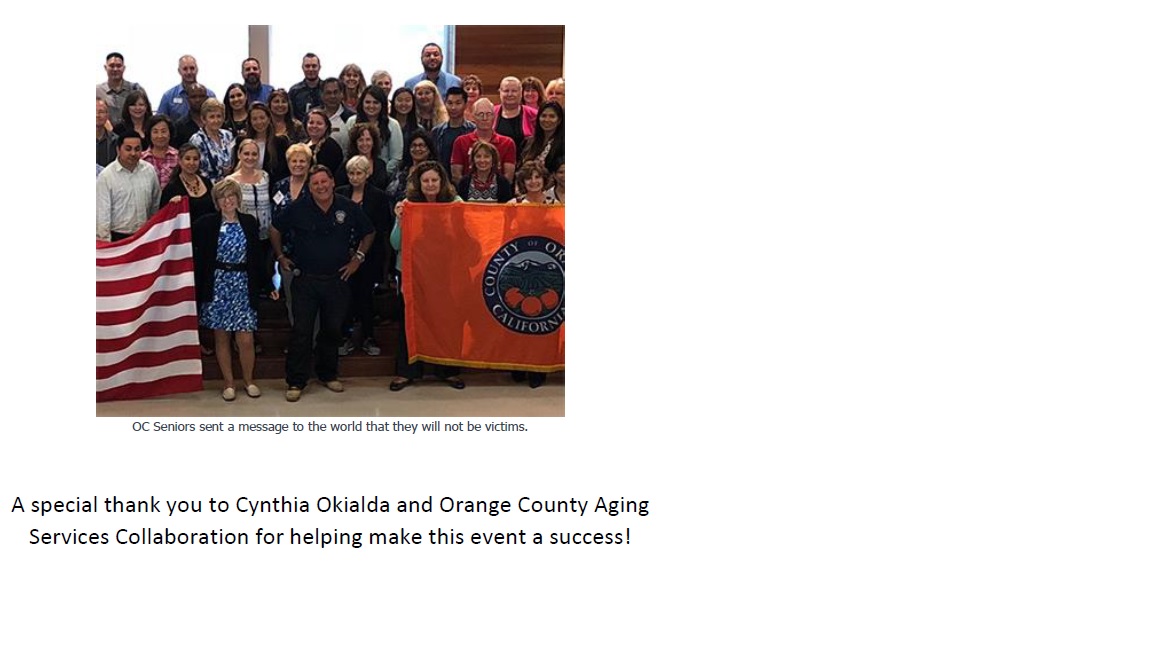